Share your ideas for improving MYOB Business/Essentials. Vote on ideas and discuss them with the MYOB product development team.

Turn on suggestions
Auto-suggest helps you quickly narrow down your search results by suggesting possible matches as you type.
Showing results for
Search instead for
Did you mean:
Options
Product Ideas

I run in high resolution (3840x2160) and find it rather annoying that MYOB is trying to fit everything into a narrow width (looks like it is probebly 1024 pixels wide) it would be much nicer if it scaled to the screen width.   Is there a way to make MYOB use the full width of the screen?

See attachment for example where it is really obviuos. This is a nice feature where MYOB opens the file in split screen so you can refer to it and transfer into into MYOB but since it only uses less than 1/3rd of my screen width I cant read it, making it useless.  I end up closing the nice split panel feature in myob, putting myob on half my screen (so it at least uses 70% of that) and opening the pdf in a second window sat next to myob window so I can actually see them both. 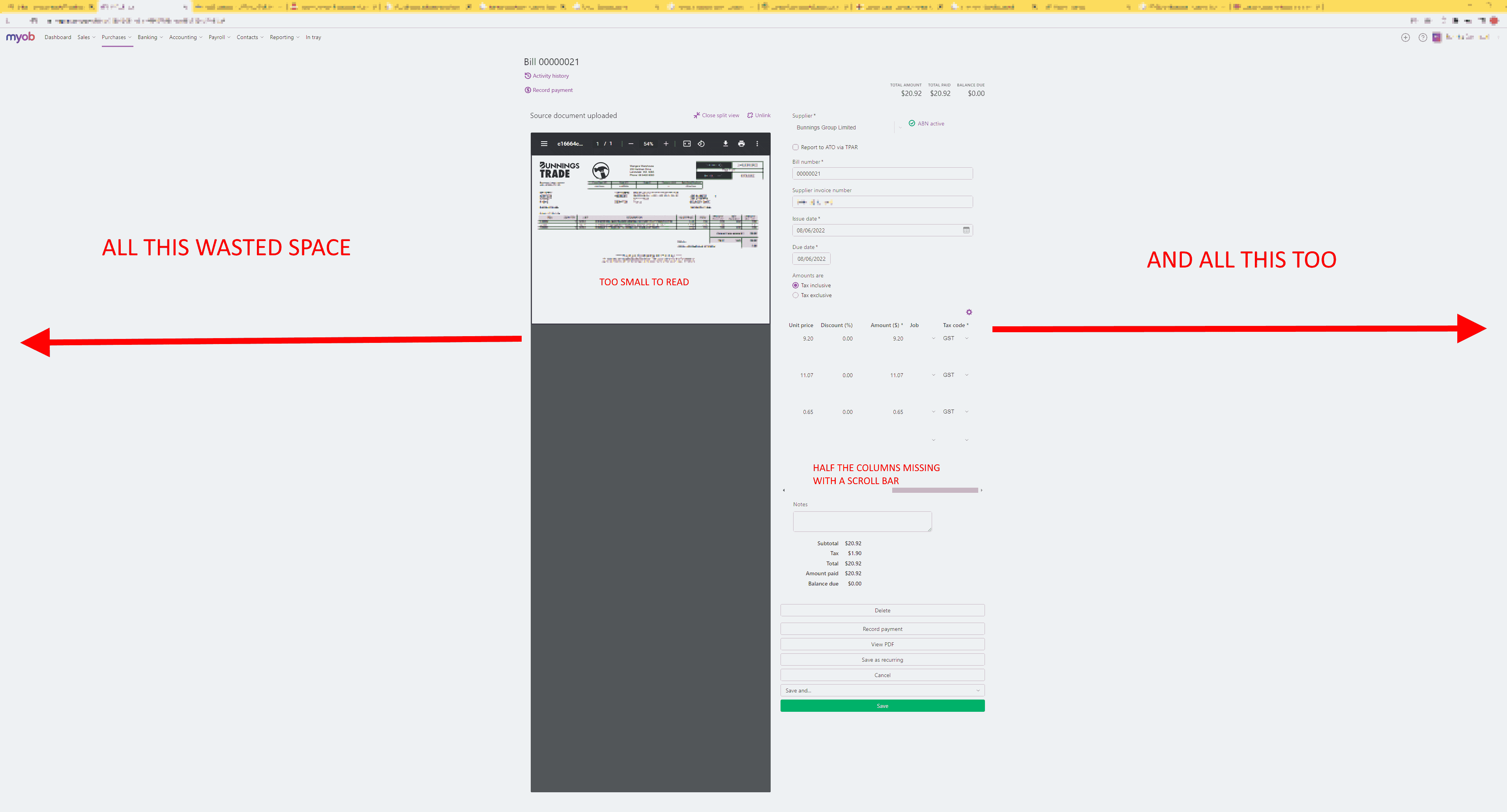 From day one- absolutely!!! It appears this change was engineered by IT people and not Book-keepers/ Accountants/ Business Owners. I have tried opening two sessions on large split screen , but this also fails , times out, won't save etc. so fails as a work around and needless to say (but I'll say it) shouldn't be necessary. It's as though Essentials "upgrade" was designed to lose customers