I moved over from Xero, and I'm doing my first reconciliation in MyOB.

Now what's annoying is that in Xero, the company charging for the transaction appeared in Xero, but not in MyOB!

Looking at my bank statement, the charge is from Adobe Systems.

But in MyOB It doesn't show Adobe anywhere, I had to look at my bank statement to see who was charging  me.

Here is what it looks like MyOB, in the rule window... (which has more detail)

Nowhere does it show me this transaction is from Adobe!

Why isn't the company name displaying here? And how on earth am I going to create a rule for my 'Adobe Subscription' if Adobe doesn't appear anywhere??

Thank you for your post, when you go to Banking > Bank transactions > What does it show in the bankfeed window within here ? (please attach a screenshot if possible)

These screenshots are from the bank transactions screen.

@Melisa_D I attached a screenshot from the bank transactions screen.

I am reconciling 6 months of Xero statements and there are loads of statements that look like this.

They were imported with QIF format. And I can't reimport them as I've already reconciled a whole lot of others 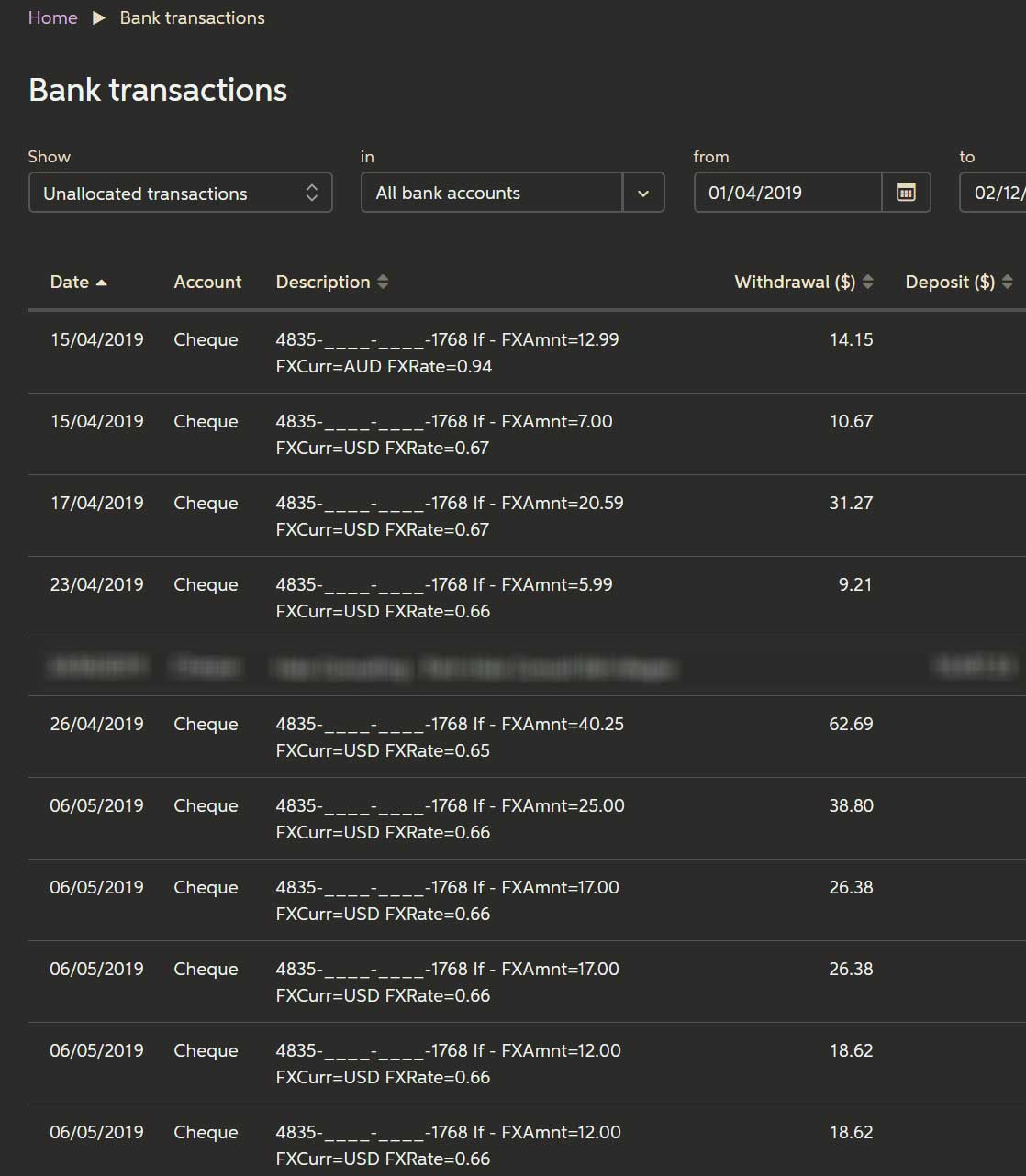 Thank you for the screenshot, the information within a QIF file is what the bank has provided and then this is created into the QIF file. This is something we cannot change. I would suggest speaking to your bank in regards to how the QIF is produced from there end and why it is being imported with this type of description.

Also we do have Bank feeds available in Essentials, the transactions may be imported differently via Bank feeds.