The release of AccountRight 2021.1 will save you time and effort when it comes to how you install and manage your software.

Automatic updates Having to manually install software is so 2020. With automatic updates, your software will update to the latest version in the background without you needing to do anything.

Bug fixes and stability improvements As usual, there are plenty of under-the-hood improvements to make your experience using AccountRight better than ever.

We’ve had feedback from you that the process for updating AccountRight isn’t always easy.

Having to download and manually install updates can be time consuming, especially if you have multiple PCs in your business using AccountRight. We want to keep our promise to deliver you more value more regularly, without creating extra effort for you to manage updates.

AccountRight 2021.1 will check for available updates, download them and update you to the latest version automatically. This means no more having to pick a time to stop your business using the software, downloading and installing the update and upgrading your file. When a new version is available, the next time you open AccountRight it will be on the latest version – just like that!

If you’re using AccountRight Server Edition to share offline files across a network, you’ll need to make sure that all users accessing those files are also using Server Edition, including those workstations accessing the server. This is to make sure that all versions of AccountRight across your network stay the same, since any PC installer versions will automatically update while the server version won’t.

To check if you're using the Server Edition, look for SE in your desktop shortcut description.

If there's no SE, you're using the PC edition.

If you’re using Windows 7, it’s important that you upgrade to a supported operating system to keep your system secure and operating reliably.

For more information, check out the Windows 7 end of support page from Microsoft, or speak to your IT provider. 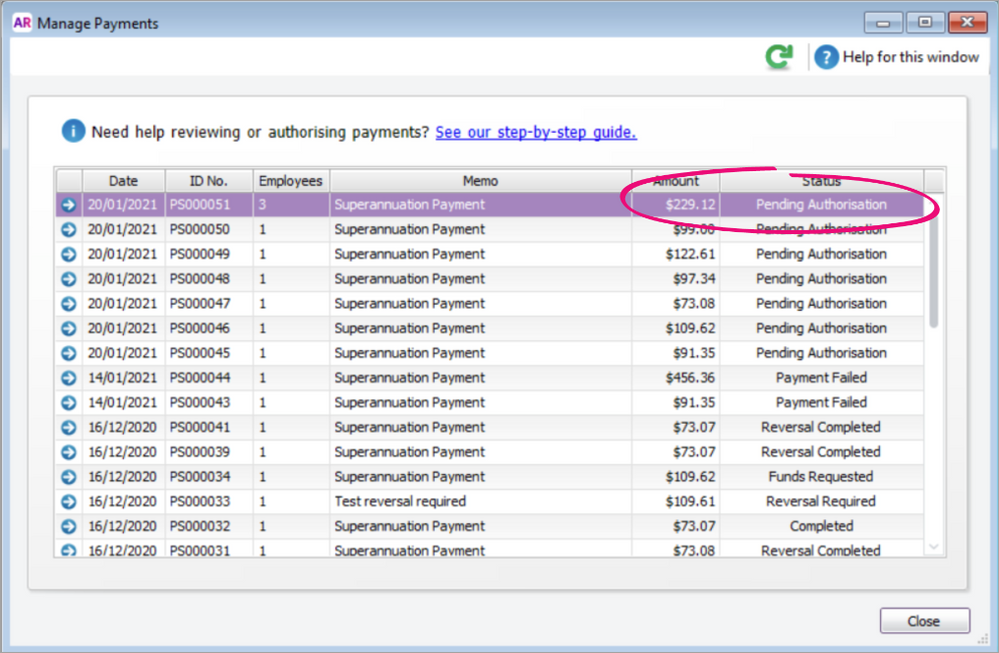 Now, when a payment is reversed, the status will update to Reversal completed, alerting all users that the payment has been reversed to prevent payment being completed. 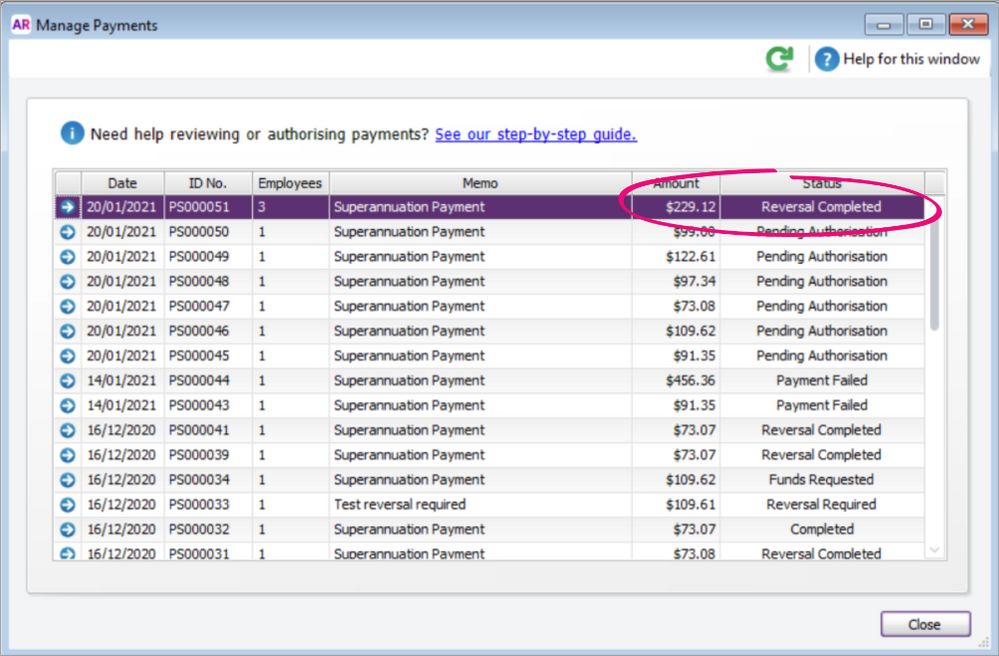 Now when payments with the following statuses are reversed, the status will change to Reversal completed:

That’s not all! We have the usual enhancements and fixes to make your experience using AccountRight even better in 2021.1.

Bug fixes and stability improvements No release of AccountRight would be complete without squashing some pesky bugs. We’ve improved support for transactions entered via AccountRight’s browser interface as well as smaller bugs using foreign currencies, printing reports and more. And of course, we’ve given AccountRight further tune ups to make it faster and more reliable than ever.

‘Custom list’ endpoints The custom list feature allows you to set up lists of predefined attributes and assign them to your items and contacts to enhance and organise your data. You can now read the custom lists and their values via the API.