Having trouble? Here are a few things you should know.

In this release, we’ve made it easier for you to run your business on an international scale. Plus, we’ve expanded reminders, introduced the ability for your customers to pay multiple invoices at once, and have introduced a new time tracking app! Here’s what this release has to offer:

With the addition of live exchange rates, accounting for international transactions just got easier. Plus, GST is now supported on foreign transactions and the summary reconciliation reports can now display amounts in local and foreign currency.

Save your customers time and get paid on time with AccountRight monthly reminders. It’s quick, simple and effective.

Use Time Tracking for AccountRight to log time entries and jobs on the go. Just download the app from the App Store and log into your existing AccountRight file to get started.

Plus speed enhancements, bug fixes, and other helpful improvements.

Note: Multi-currency and multi-location are only available in Premier.

When you create a transaction, you can now have the peace of mind that you’re using the most current market rates – so that you’re not making errors when entering exchange rates. Learn more. 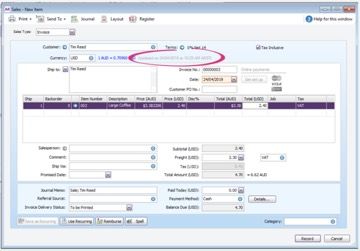 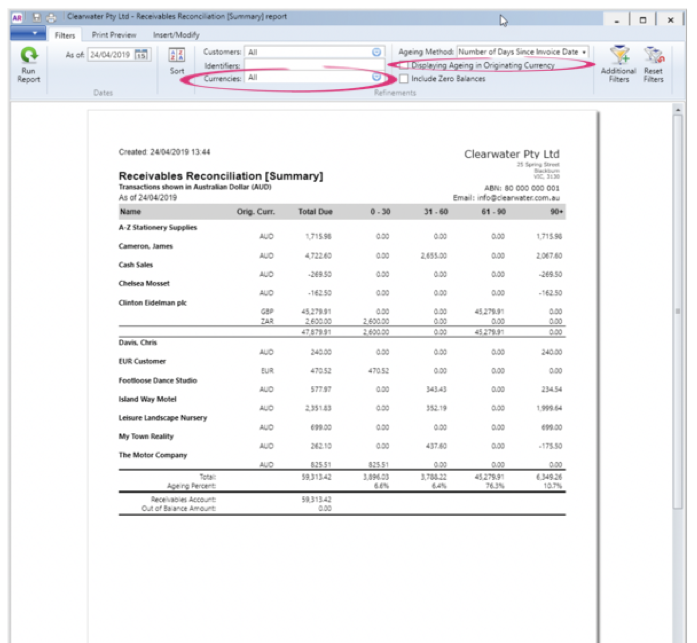 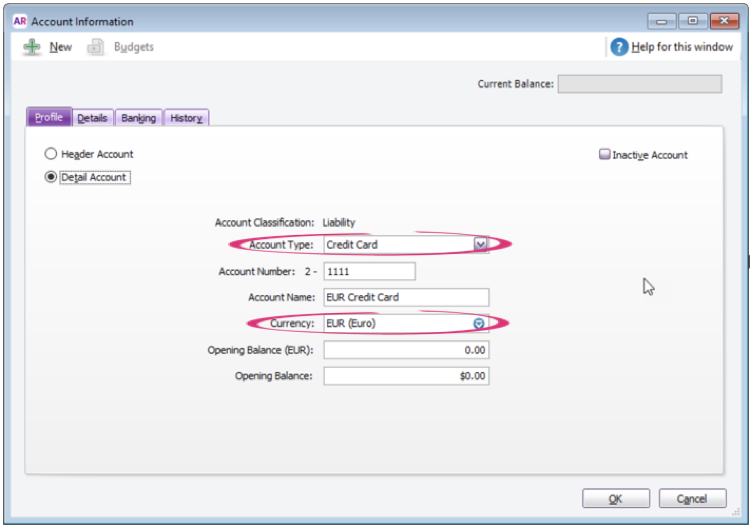 [Premier only] Track your stock, wherever it is, whenever you like

When you receive and dispatch stock from multiple warehouses it can be challenging to keep track of inventory levels. Now with Multi-Location, you can create new locations and monitor your inventory across them with a few clicks. 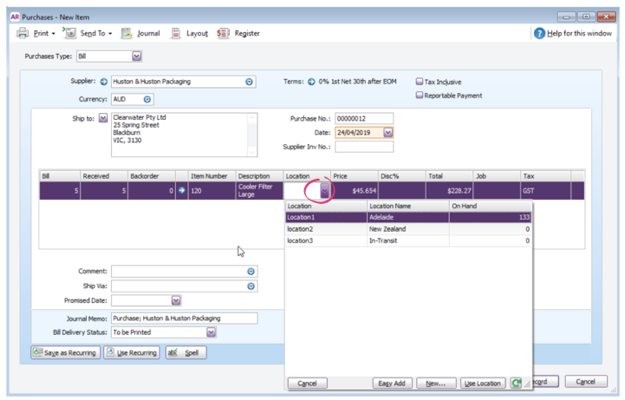 Set up reminders and encourage customers to pay you sooner

Nobody likes chasing their customers up for payments… With Unpaid invoice summary, you can automate these gentle prods, so your customers remember to pay their invoices at the end of each month. Learn more about Invoice reminders. 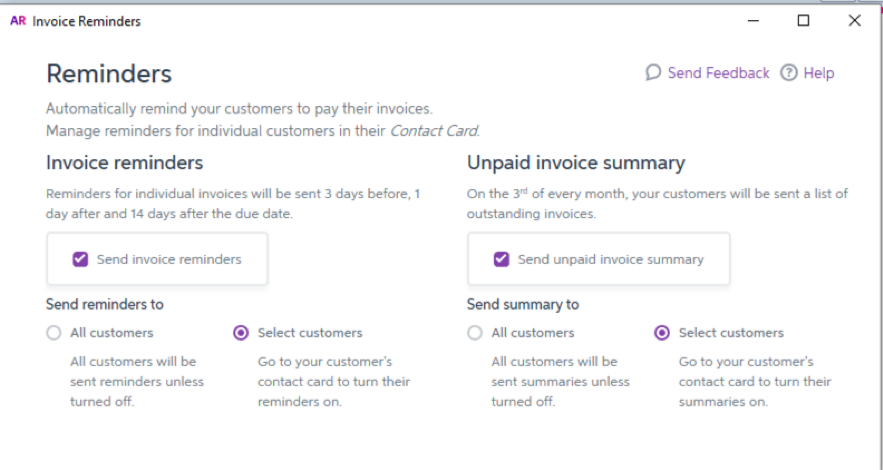 Allow your customers to pay multiple invoices at once

Now your customers can select a few invoices to pay at once, saving them time while getting you paid on time! Learn more. 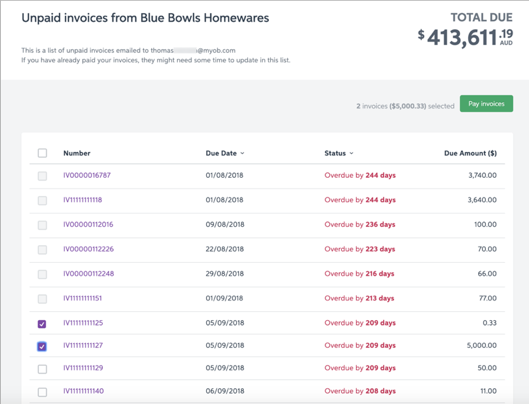 Log jobs on the go with Time tracking for AccountRight

We’re excited to announce Time Tracking for AccountRight, a new app that allows you to create activity slips on the go! Learn more. 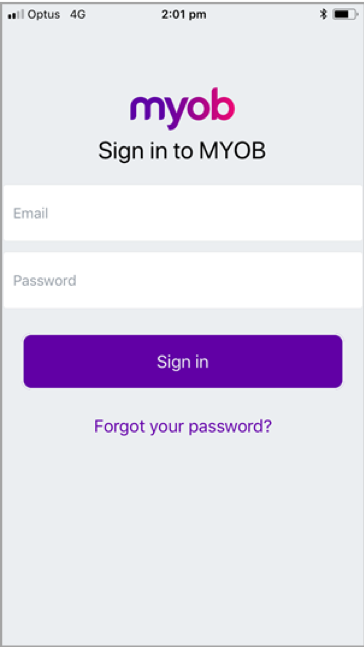 Here’s what else we’ve improved and fixed

We’ve improved the speed of many AccountRight reports and we’ve also addressed some pesky bugs.

We’ve also improved the loading speed of the Item Register in large files.

You'll be prompted to update when you open your company file over the next few days, or you can download the AccountRight PC Edition now (subscription required).

If you need a different version (Server Edition, MSI, or older versions), you can find it on our AccountRight downloads page.

Thanks for the pickup. I'll let the team know.

The update should also be available via your my.MYOB account (Australia , New Zealand) by selecting My Products>>Downloads after logging in.

This was from spending about an hour testing

Still not fixed in 2019.2 is the ability to be able to send emails to an email address with a + in the email address.
Which is used by alot of our customers to help filter spam emails.

With only weeks to the new requirements for STP we are either going to have to start from scratch or choose another option for STP.

Sorry MYOB but this is not very good service at all.

I totally agree with boundtoimpress.

In my numerous enquiries to you over the years, you have assured me mult currency is coming.

I need miscallaneous purchase support for multi currency, which is still not supported. I have been told it will be here before the dealine for STP.

Are you going to deliver it? You're leaving it very close, if so. How about keeping me informed? I get plenty of calls offering me loans - but nothing about the issue that really matters to me.

You guys spruik about how you make the small business person's life easier. Let me tell you - the single most pressing issue for me right now is am I going to have a compliant payroll package come July 1. Should I move to Quicken / Xero now? Or wait it out? What will this migration entail. You get my point - MYOB is my absolute main point of frustration right now. Instead of helping my business, you're putting a big road block in the way of me running my business.

Multi Currency is available in this release. Does this not give you what you need?

No it doesn't because we can not upgrade our file so would effectively have to start over. It's not worth the effort when you can be STP compliant for $10 a month with other providers whilst we await MYOB getting a working upgrade path.

What is the issue that stops you from upgrading?

It's best to move the discussion off the announce thread to here:

Oh my gosh - I am still waiting for a Job Profit and Loss Multi Period!

Emailing receipts too would be a huge bonus (saves printing and scanning).

And emailing invoices to multiple email address and being able to choose to email statements to a different email address.

Loads more issues believe me - I think MYOB you are totally behind the ball. You should concentrate on making the current program watertight and more powerful before introducing versions that have bugs.  We too lost our customised statement forms in the 2019.2 upgrade.

What is the hold up?

@jowalshYou can send to more than one email address. I have multiple addresses stored in the one field for a couple of my cards. Just add a semi colon between each one.

On another card I have the address saved as sales@xyz.com.au (invoices); accounts@xyz.com.au (statements); orders@xyz.com.au (orders) . When I go to email the invoices or orders or whatever, I just manually deleted the ones not needed for this second example. If it needs to be sent to everyone, I use the first example.

Item invoices won't import with description different to Item name, there has never been an issue with this before. We used to add a date to our item sale lines on a monthly invoice and now the only way to import with the date in the description is to delete the item name on the list which makes it difficult to find the correct item when typing a manual invoice. Does anyone know of a workaround?