The release of AccountRight 2020.3 includes some great improvements making it more reliable, flexible and easier to use.

Payroll updates (Australia only) We’ve added a couple of nice touches to payroll, including a notes field for employee pay slips, as well as easier payroll reversals and more detailed prompts about Single Touch Payroll information sent to the ATO.

AccountRight 2020.3 has some great improvements helping you match your totals with the ATO, and add notes to your employees’ pay slips.

We’ve added the ability to easily reverse pay runs. This enables a better audit trail and ensures changes to pay runs are declared and sent to the ATO to resolve any issues of prefilling BAS amounts.

You can now add notes to your employee’s pay slips by updating the memo field for each employee during the pay run. This will show on the pay slip as long as your template includes the memo field. 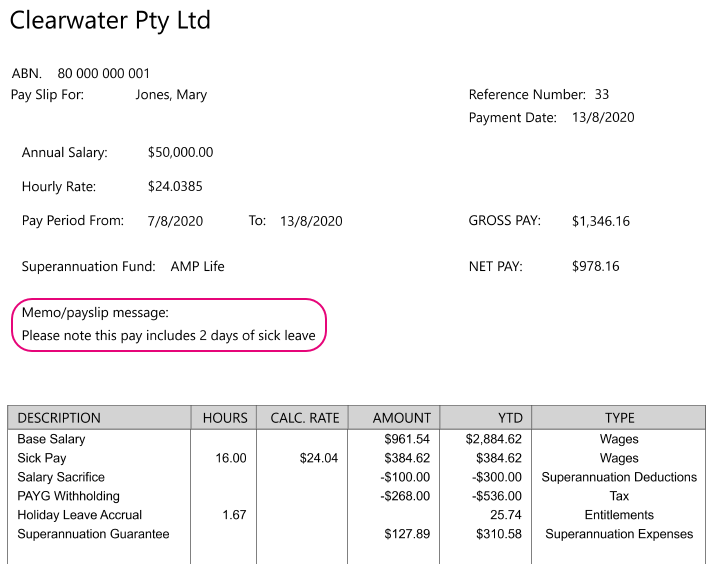 Emailing from AccountRight
We’ve added new email variables to the body text of emails sent from AccountRight.
This makes it easier for your customers and suppliers to see transaction details the
emails you send them without having to open attachments.
In email defaults, you can paste these variables into the body of your email template.
The available variables are:

In email defaults, you can paste these variables into the body of your email template.
The available variables are: 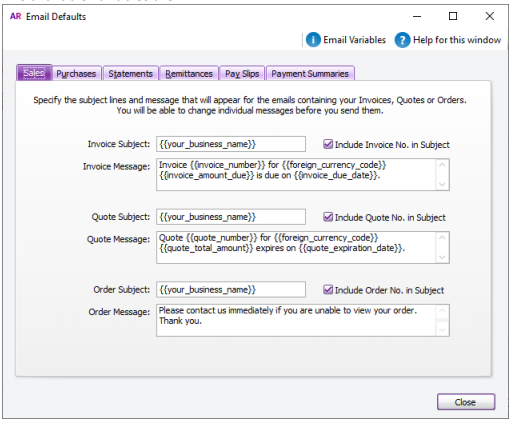 When your customer or supplier receives the email, they will see the values from the
transaction itself. See the images below for an example. 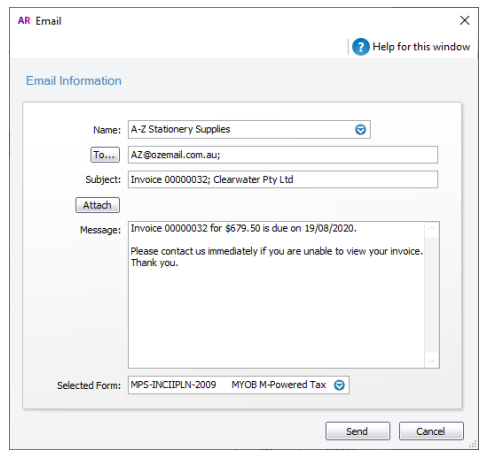 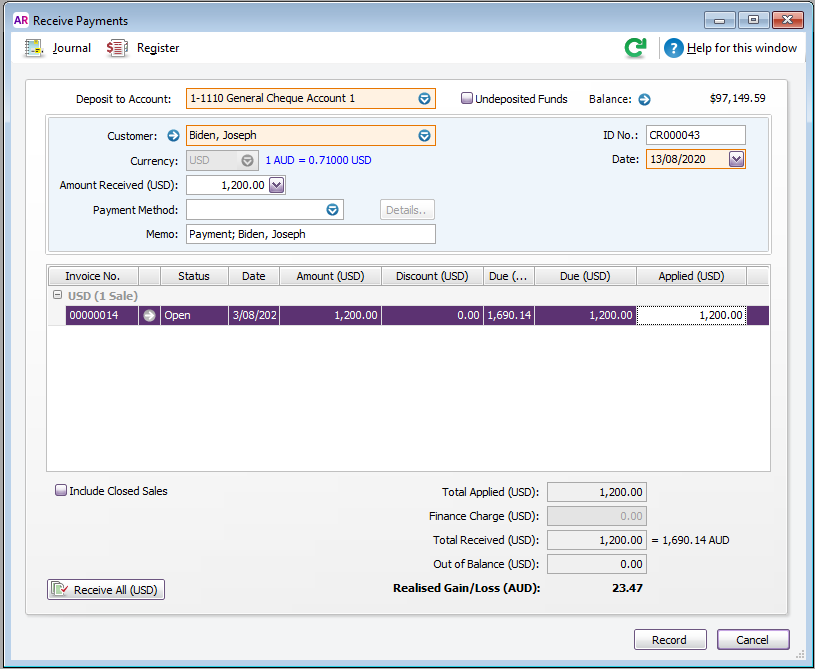 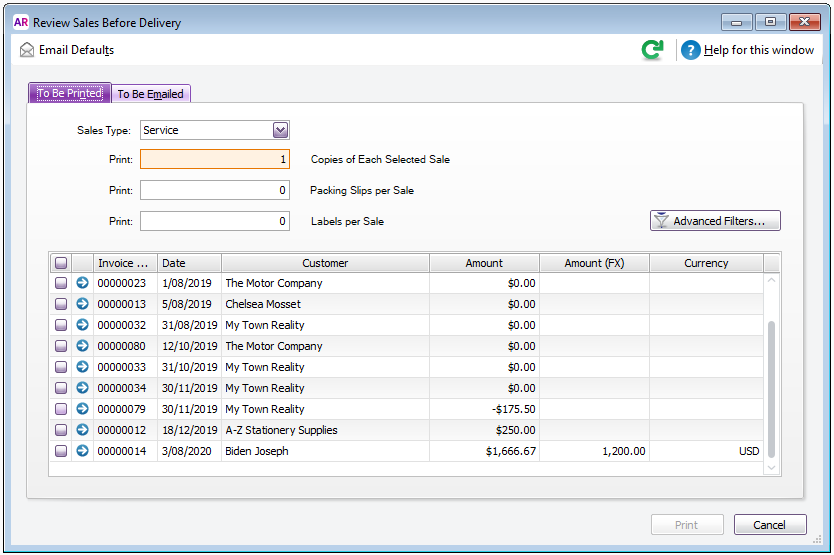 We also fixed these two bugs:

We’ve removed restrictions in AccountRight 2020.3 to allow you to run the following reports across unlimited periods:

The transaction details report contains a summary of invoices and their settlement status, as well as details of the invoice payments that have already been deposited to assist reconciliation.

The cost of acceptance statement is generated monthly and provides a summary of the fees associated with using the online invoice payments service. The report will help you track and account for these costs. 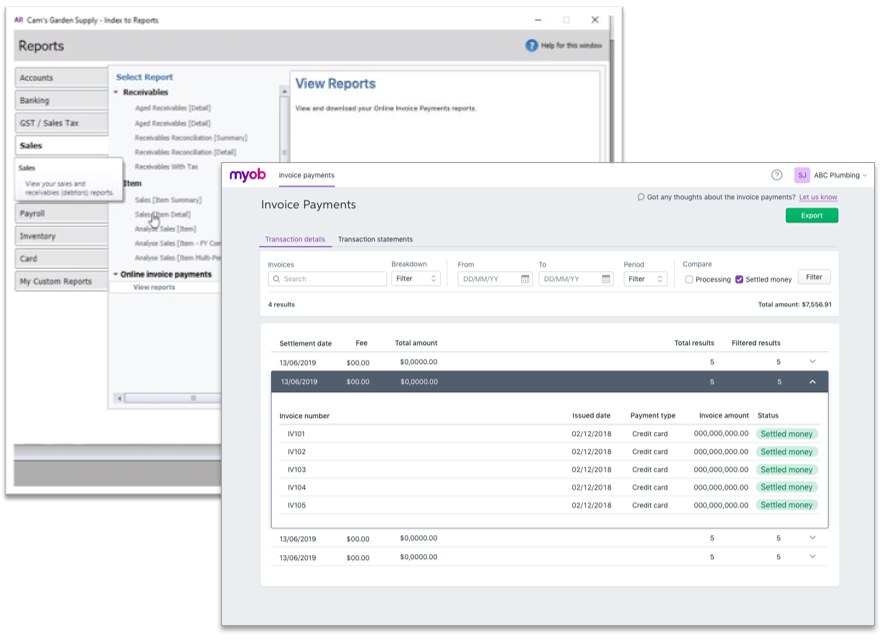 When creating or editing an item, both the item name and number will display up to the maximum 30 characters. Previously only the first 12 characters were visible, making it difficult for those using longer item numbers.

When entering transactions and selecting an item from the list, the full item number will now be visible.

The item location field has also been added to the packing slip form template and will be shown when an item has a location.

We’ve done a lot of work to understand and address causes of crashes in AccountRight. This will substantially improve AccountRight’s stability in 2020.3.

As part of our stability and performance work for AccountRight 2020.3, we didn’t forget the API.

For more detailed information on API improvements for this release, head to the API Support Centre.

We will start communicating directly with our eligible customers in the coming days. Meanwhile, the latest version of AccountRight 2020.3 can be downloaded from my.MYOB >> My Products >> Downloads.